Billboard Music Award is to be held on May 20 at MGM Grand Garden Arena, Las Vegas, and popular South Korean boy band BTS is set to perform in this event.
The performance of Kpop kings BTS was announced recently and their fans are beyond excited. Being one of the most I popular bands not only in Asia but all c around the world, their presence is very overwhelming. They’re set to debut their new song during this award show.
Along with BTS, other stars to perform are Dua Lipa, Shawn Mendes and Camilo Cabello. Other performers are yet to be announced. Amongst the nominees of Billboard Music Award, Kendrick Lamar, Ed Sheehan and Cardi B are at the top. 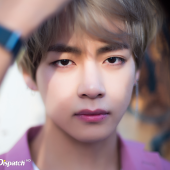